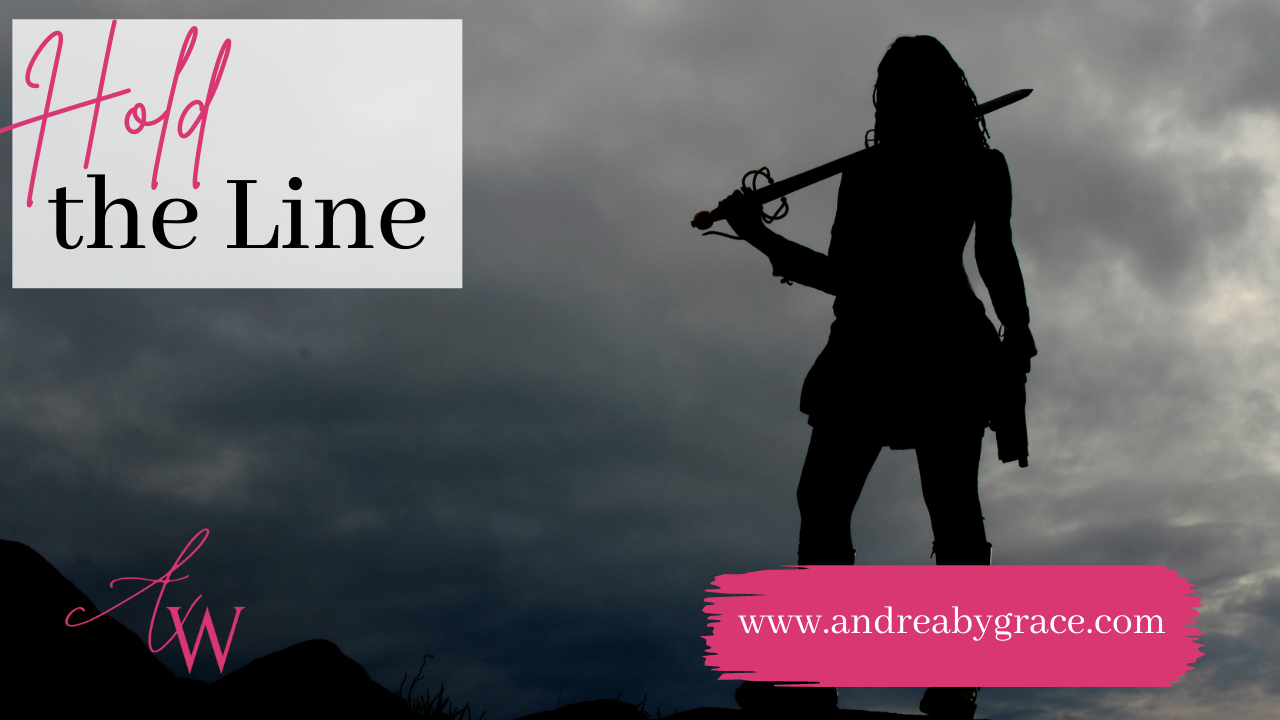 “I am a Russian military ship.

Repeat, I am a Russian military ship.

I propose you lay down your arms immediately to avoid bloodshed and unjustified deaths.

Otherwise, you will be bombed.

I am repeating, I am a Russian military ship

I propose you lay down your arms or you will be hit.

I don’t know about you, but stories like this move me.  I love when people stand so strongly for what they believe in that nothing, not even a Russian warship that is promising death, will cause them to back down.

I remember in the Columbine school shooting back in 1999, Cassie Bernall was asked if she believed in God with a gun held to her head.  She said yes and then was shot.  I remember thinking over and over about that situation and questioning what I would do in that moment.  I wanted to believe that if I was put to the test that I would not deny my faith, beliefs, and relationship with the Lord.  I remember asking the Lord to help me become resolute in my faith. My husband calls me stubborn.  I take that as a high compliment.

The battle faced by the Ukrainians and Cassie Bernall are both battles that we can see with our eyes that have immediate consequences for decisions made.  We are in battles continuously throughout our life.  We have a very real enemy looking to destroy us in any way he can.  1 Peter 5:8-10 NIV says:

“Be self-controlled and alert.  Your enemy the devil prowls around like a roaring lion looking for someone to devour.  Resist him standing firm in the faith, because you know that your brothers throughout the world are undergoing the same kind of sufferings.

And the God of all grace, who called you to his eternal glory in Christ, after you have suffered a little while, will himself restore you and make you strong, firm and steadfast.”

We are called to resist and stand firm in the faith. In our day to day lives, the enemy isn’t always as bold as a Russian warship declaring surrender or death.  Our spiritual enemy is more like death by a thousand cuts. He sneaks in through disobedience (sin), generational permissions (curses), and faulty thinking/believing (believing his lies over God’s truth). He starts with little things that we have to hold the line against such as are we going to trust God today or get wrapped up in the woes of the world. This demonic spiritual army only needs an inch to begin to move in and start working to defeat us from the inside out.

Maybe you are at that place where the enemy is looking at you straight on saying “Give up, or I will open fire.” You feel the pressure.  You don’t know how to handle it.  It is suffocating.  You don’t know how to fight it.  Maybe you have tried different methods or ways to cope, but nothing seems to work or alleviate the pain, torment, heaviness, chaos, disorder, defeatedness, and lack of peace that you feel day in and day out.  I know the feeling because I have been there.  I have laid at the bottom of that pit.  (Read more about my testimony in my book Arise and Stand.)

How did I get out?  I drew my line in the sand.  I said no more.  I began to surrender and give those things over to the Lord little by little as I sought Him, and He revealed where the enemy had strongholds in my life. I began to intentionally put the Lord first in my life instead of letting my issues or any demonic force rule and reign in my life. Psalm 16:8 became my battle cry, “I have set the Lord always before me; Because He is at my right hand I shall not be moved. (NKJV) and because of this my promise and hope was in the following verses (Psalm 16:9-11):

“Therefore my heart is glad and my tongue rejoices;

My body also will rest secure,

Because you will not abandon me to the grave,

Nor will you let your Holy One see decay.

You have made known to me the path of life;

You will fill me with joy in your presence,

With eternal pleasures at your right hand.”

These verses tell me that if I chose to be intimately connected to the Lord and keep Him very close then I will not be moved when anything in this world, a Russian warship, a school shooter, demons, or Satan himself comes against me.  Even if the threat of my flesh dying is presented, just like with the Ukrainian soldiers and Cassie Bernall, I will not be moved. Because I have taken this stance and drawn this line in the sand, Psalms 16:9-11 promises me that:

If I did not see evidence of those 6 promises in my life, I knew that I had to go back to the previous verse and compare it to my life.  Was I able to be moved?  Had a drawn a line in the sand and not budged?  In a spiritual sense this means if the enemy whispers, “Where is God? You have prayed and prayed and there is still no resolution or relief.” You shout back, “My God never leaves me or forsakes me.  He is faithful. I will see resolution and relief.” You hold the line. No matter what. There have been times where I have had to convince my brain to believe God’s truth until it was settled in my heart.

If I see that I am struggling to hold the line, then I go back further.  Psalm 16:8 says that what causes us to be able to stand strong, hold our line, resist the enemy, not be shaken, and not be moved is keeping the Lord in front of us and keeping Him at our right hand.  If something or someone is right in front of me, I don’t miss a thing they are doing or saying.  I remember telling my children when they were toddlers to stay right in front of me so I could keep my eyes on them.  I wanted to know everything they were doing, and the only way I could know everything they were doing was if they were right in front of me. I have also had people throughout my life that I called my “right hand” these were people that I could fully trust and rely on.  I could place my life in their hands.

So the truth that began to settle in me was that if I kept the Lord where I could see him constantly which was right in front of me, and if I fully relied on him and fully trusted him with my life then I would be immoveable.  I could stand and not be shaken.  The enemy could try to get me to budge, but he would fail every time.

Later in life, I began to see that some people were so tormented by the enemy that they had a hard time even sorting through what was what.  They knew they wanted to be free, stand firm, not be moved, but were so under attack and struggling so much that just getting through another day was a victory for them.  I began to see that these people needed other believers to stand in the gap for them.  To link arms and “leave no man behind”.  But I just didn’t want to link arms and give people a shoulder to cry on with no real solutions, I wanted real, tangible transformation for their life.  If I said that Jesus is the solution, I wanted to know how and why and to be able to help them fully go to Jesus and receive their solution.

I know that this desire was placed in me by the Lord. I didn’t even have enough understanding to know what I was even praying to receive. But I have learned if we are just willing to serve the Lord then He places desires in us to seek things that we wouldn’t even know to seek to help those that will come across our path in the future.  So far, I have led nearly 100 people through deliverance and into the fullness of freedom with Christ. In my book, I share my daughter’s testimony.  She was one of the driving forces that lead me to keep seeking the Lord in this area.

Even after deliverance, the enemy comes back to try and steal our freedom. He will try and test how resolute we are in our beliefs, but when we keep our God near, we are able to stand firm. No matter the cost.  No matter temporary consequences.  Even if it means our earthly death, we draw our line in the sand and do not give an inch of our life to the one who seeks to devour us.