Can Christians Have Demons? 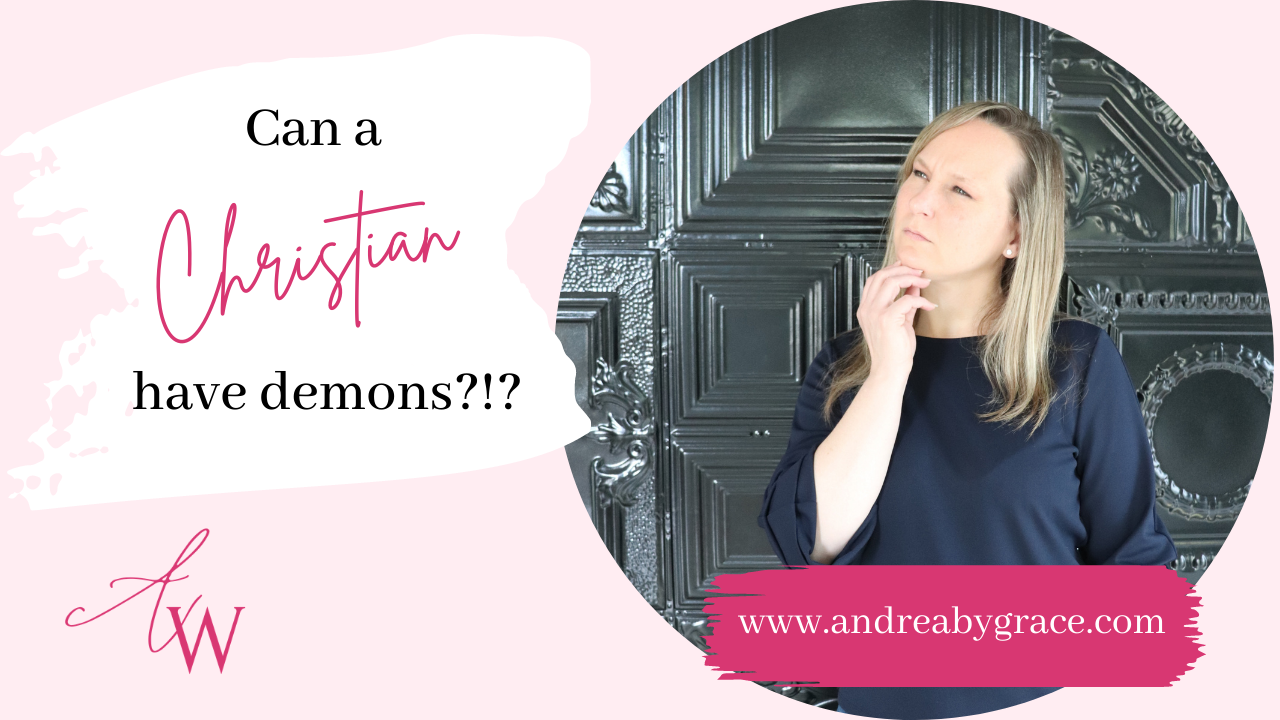 Dear brothers and sisters in Christ,

I am going to be very direct in this post because it is a matter of freedom or oppression and even life or death for believers.  I run into so many Christians that do not believe that they can have demons because they are a Christian.  Let me start by saying that I have had demons, and I have been a Christian since I was 10 years old.  Out of ignorance, I didn't know that my battle was with demons, but it sure would have been helpful to have known my enemy.  How can one effectively battle if they have no awareness or understanding of their enemy?  Understanding puts so many things into perspective and helps us to effectively deal with the root issue.

When I discovered demonic oppression, my daughter was severely attacked by the enemy.  This was 15 years after I battled my own demons and 25 years after I had become a Christian.  My daughter is a Christian and was at the time of her attack.  Many attacks are not as dramatic as hers.  Some are so subtle and gradually work destruction over the years.  These attacks are usually viewed as "just a part of life" or "just my cross to bear".

The enemy attacked my daughter so strong and so sudden that had the Lord not already been introducing me to demonic oppression I would have no option but to have put her on medication so that she could function.  It was certainly the enemy, and it was a full on attack.  The Lord used this season to catch my attention and send me searching for a deeper understanding of spiritual warfare and deliverance.  There is nothing a mother wouldn't do for her child, but interestingly, this ended up being a catalyst to train me for the very thing that my heart longed for: setting the captives free.

I do want to specify that Christians cannot be possessed by the enemy because we are possessed by God (1 Peter 2:9). The enemy cannot have our spirit unless we give it to him by renouncing Christ; however, the enemy can live in our mind, emotions, and flesh (body).  This is covered in more depth in my book that will be released this year.

Deliverance is the process of removing demons from the lives of Christians so that Christ followers can live in the fullness of God.  Remember the fullness that Adam and Eve had in the garden before Satan intruded?  That fullness can be yours…today!

“He cancelled out every legal violation we had on our record and the old arrest warrant that stood to indict us. He erased it all--our sins, our stained soul--he deleted it all and they cannot be retrieved! Everything we once were in Adam has been placed on the cross and nailed permanently there as a public display of cancellation.

Then Jesus made a public spectacle of all the powers and principalities of darkness, stripping away from them every weapon and all their spiritual authority and power to accuse and by the power of the cross, Jesus led them around as prisoners in a procession of triumph. He was not their prisoner; they were his!”  Colossians 2:14-16 TPT

The scripture above proves that freedom was won through Christ.  If believers were not afflicted by demons then there wouldn't be any believers who were addicts, who committed suicide, who struggled with mental illness, who were afflicted with diseases, who struggled with anxiety, fear, anger, insecurity, rejection, abandonment, sexual perversions, self-harm, confusion, doubt and unbelief, depression, hopelessness, loneliness, stuck in grief, eating disorders, bitterness, rebellion, needing to feel in control, unforgiveness, pride, skepticism, manipulation, and so on.  I don’t mean moments of feeling a little insecurity or having a flash of anger.  Oppression is when a spirit of insecurity (demon) or a spirit anger (demon) has a stronghold in your life.  As you were reading through that list, you probably thought of Christians that you associate with words mentioned.  Maybe you felt a personal conviction while reading them.

I do not sit down and have deliverance sessions with unbelievers because deliverance is not for unbelievers.  If the unbeliever gives their life to Jesus, then we can move into deliverance.  Wouldn’t that be amazing!  If deliverance happened at the point of salvation (which it can in some instances) then addictions would fall off as soon as Christ was accepted.

Every person that I have sat down with for a deliverance session has been a Christian.  Yes, I know I keep reiterating this point.  Most that I have worked with would be considered very normal, are in church on Sunday, and live lives similar to you and me.  Oppressed Christians do not look like or act like characters from a horror film.

There are many, many scriptures that warn believers to not go back into bondage because of their sin, unforgiveness, or belief system.  Hebrews 4:12-13 TPT says:

“So search your hearts every day, my brothers and sisters, and make sure that none of you has evil or unbelief hiding within you.  For it will lead you astray, and make you unresponsive to the living God.  This is the time to encourage each other to never be stubborn or hardened by sin’s deceitfulness.”

The “evil or unbelief hiding within you” are the demons we have been talking about.  The audience for the book of Hebrews were Christians who had been converted from Judaism.  Why would those scriptures be included if Christians could not have demons living inside them? These demons work day by day to attack and destroy believer's identity in Christ and relationship with Christ.  The more oppression the person is under the harder and harder it is for them to respond to the Lord (walk in obedience or in line with scripture) and resist the enemy.

If you want a real person example…Judas walked day by day as a direct in the flesh disciple of Christ listening and hanging on the auditory words of Jesus on a daily basis and yet, John 13:27 says, “And when Judas ate the piece of bread, Satan entered him.”  Again, Judas lived and directly studied under the Son of God, Jesus.  None of us are exempt.  For Satan to have entered Judas, there had to have been a permission there that allowed Satan to enter him.  This will be discussed in another blog post.

It is my firm belief that every Christian should go through deliverance if nothing else just to check and make sure that there are no demons working to oppress you in any way.  We should all want to be as clean as possible and walking in the fullness of the Lord.  Of all the deliverance sessions that I have done so far, not one person was completely clean from demons.  And again, these were all Christians.  Some were Christians that I highly respect and value and prior to my training would have never even considered the possibility that they had demons..

Some people that have come in for deliverance who walk very intimate and surrendered lives with Jesus had very few demons that needed to dealt with, but there was still a little house keeping that needed to be done.  Demons are squatters and will not leave unless they are commanded to go in the name of Jesus.  Unless we use the authority that Jesus gave us to make them go, they will stay and keep working destruction in whatever way they can.

There is no shame in going through deliverance.  It is liberating and sets you up to walk in the fullness of the Lord.  All sessions are confidential and one-on-one (sometimes two-on-one if I am training another minister).

If you still believe that Christians cannot be oppressed by the enemy, discuss it with the Lord.  Go to scripture and seek out an answer for yourself.  He will reveal truth to you through scripture.  If the enemy can get believers to believe that demons cannot oppress Christians then he has them right where he wants them because they will never seek complete freedom.  They will think their afflictions are just a part of living in a fallen world or a suffering that they must endure and never really experience the fullness of freedom in Christ.

Friend, I want you to experience the fullness of freedom in Christ and to go and do everything that the Lord has purposed for you to go and do.  I am here with you…every step of the way.