The Lies We Believe 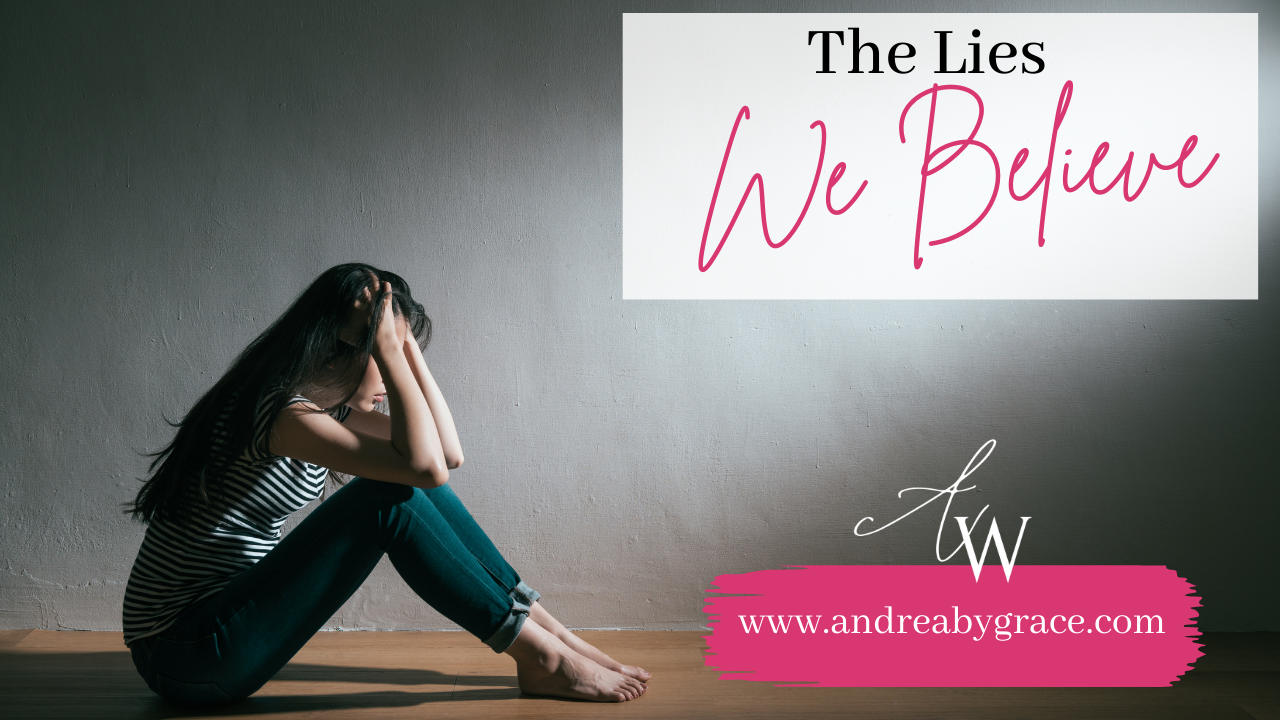 “The One who enfolded you into his grace is not behind this false teaching that you’ve embraced.  Don’t you know that when you allow even a little lie into your heart, it can permeate your entire belief system?” Galatians 5:8-9 TPT

Paul was speaking to the Galatians who had been grounded and well established in the teachings of Jesus yet they had let false teachers come in who were teaching things that were contrary to the teachings of Christ.  It is easy to see in our culture today how false teachings can easily slip into the church.  The belief and acceptance of same sex marriage is a false teaching that has worked its way into some churches.  An idea that is introduced as truth and accepted works quickly works its way through the belief system and becomes so integrated that it can be hard to separate it back out again.

In our own lives, the same is true.  When thoughts and ideas are introduced to us and we come into agreement with them, they begin to influence our belief system.  This belief system begins to affect how we think, feel, act, respond to others, and engage with our community around us.  If a child grows up being told that they are worthless, more than likely they will struggle with insecurity and self-worth issues.  If someone was abandoned by a loved one, they can go through life afraid that others will leave them.  This will cause them to be clingy and try to hold on to people in their life or push people away in an effort to self-protect.  These beliefs become the person’s truth and can affect them for the rest of their life unless these lies are surrendered to Jesus.

Are there areas in your life where you have allowed little lies to come in and move you away from the Word of God? As Paul says, it does not take much for a little lie to come in and affect your entire belief system. One lie can lead to another lie which can lead to another lie and before you know it, you are in bondage, frustrated with life, feeling stuck, and maybe even mad at God.

A little lie may not even be noticeable at first. It might even come disguised as the Word of God and unless you have the Word of God rooted in your heart and are actively guarding your mind, you may not even notice. Everything must be filtered through the Word of God to discern whether it is God’s truth or the enemy’s lie.  Lies open the door for the enemy to gain a foothold and begin working to establish his kingdom in us instead of God’s kingdom.  We are a slave to what we are surrendered to.  There is no neutral ground.  When the enemy is working to establish his kingdom in us, we don’t go from surrendered disciple of Jesus to a hardened criminal or in a mental hospital overnight or may not ever.  It is often a very slow and gradually process into bondage that we chalk up to just a part of living in a broken world.  We also might have freedom in some areas but be in bondage in other areas.  While one person may be in bondage to addiction another may be in bondage to poverty.  One may not struggle with anger but may struggle to find their worth in Christ.  Each of these areas are strongholds that the enemy works to establish in our life.

Identity is an area that I often see in believers that the enemy tries to gain a foothold and move into a stronghold.  Sometimes, his stronghold in an area is passed down through the generations; sometimes, we allow him to establish a stronghold all on our own.  Let me give you an example…

GENERATIONAL:  A child grows up in a home with parents who do not know their identity in Christ.  They struggle with rejection, abandonment, insecurities, anger, frustrations, etc.  Out of the abundance of the heart, the mouth speaks (Luke 6:45) so all of the rejection, abandonment, insecurities, anger, and frustrations are poured out on the child.  Children naturally believe their parents and begin to feel rejected, abandoned, insecure, angry, and frustrated.  This affects their self-worth, and they struggle their whole life to feel fully accepted and loved by God and others.  If this is not worked out in them, it is often passed on to their children and so on and so on.

WE BELIEVE THE LIE:  A married woman discovers that her husband cheated on her, and he now wants a divorce.  The enemy begins to pile on thoughts of shame, rejection, worthlessness, loneliness, insecurities, anger, hate, unforgiveness, bitterness etc.  If the woman comes into agreement with these lies, feelings, and emotions and begins to believe these things about herself and the situation, the enemy gains a foothold which quickly becomes a stronghold in her life.  The situation is terrible and no one should have to go through anything like that, but the word of God says in Romans 8:28, “And we know that in all things God works for the good of those who love him, who have been called according to his purpose.”  Her identity is grounded in who God says she is not by an event that has happened to her.  Yes, it is painful, but we are lean into the Lord and let him heal the broken places of our heart and not give any room for the enemy to come in and take any part of our heart.

Believing the lies that the enemy feeds us and the lies that the world throws in our face affects our belief system, distances us from the Lord, oppresses us, and can eventually, if we keep going down the path of lies, cause us to completely walk away from our faith in Him.

One of the reasons that I am so passionate about deliverance is that we face those lies head on.  We expose the false beliefs that the enemy has persuaded you into believing so you can face them, renounce them, reject them, surrender them to Jesus, and replace them with God’s truth all in one sitting.

After Peter denied Christ (and keep in mind that he was walking in person on a daily basis with Jesus), Jesus had Peter confess three times that he loved Jesus.  He was renouncing the rejection.  After each confession of his love, Jesus gave Peter an action that related to “knowing” Him:  take care of His lambs, take care of my sheep, and feed my lambs.  Finally, Jesus said “Peter, follow me.”   The pattern is renouncing, rejecting, and following Jesus.  This is our redemption, and this is what takes place in a deliverance session.  This pattern is what releases the enemy’s grip on our life and allows us to walk unhindered with Christ.  (John 21:15-17)

In Deliverance sessions, we confront the lies.  In Freedom Coaching, we work to establish God's truth so that it becomes the firm foundation in your life and your freedom is lasting.

Here are just a few lies that have been identified and renounced in deliverance sessions so that restoration could take place:

“Fear keeps me safe.”  This person would not have been able to articulate that this was an actual belief.

“I am not good enough.  I am always second best.”  What does the Lord say about our worth?

“My sin is too big for God to forgive me.”  Do we believe scripture or not?

“She doubted her salvation.”  Do we believe scripture or not?

“She believes she is not worthy.”  Remember…we are worthy because of Christ.

“She believed that she would never become who God created her to be.”

“She believes that poverty and infirmity are her lot in life.”

Hopefully, you get the idea.  Many of these people are ones who I would consider strong believers yet at some point the enemy snuck in with a lie about who they are, who God is, and/or the validity of His plan for their life.  When we believe, we give that lie power in our life.  Do your beliefs fully line up with scripture?  Are there areas where the enemy might have a foothold or a stronghold in your life?  What are you going to do about it?

Want to check and see if the enemy has convinced you to believe a lie?  Fill out the deliverance form, and I will reach out to schedule an appointment.  It never hurts to check.  All you have to loose are a few demons holding you in bondage and gain some new found freedom in Christ.  What are you waiting for?